Some of the renovations on campus are subtle and behind-the-scenes. Some are dramatic or highly visible. But they all bring improvements to the University of Michigan-Flint campus. Here is a look at some of the recent work.

Crews spent the summer renovating the parking structure, including repairing or replacing support cables below the surface. They resurfaced the parking ramp and will be installing LED lights in the near future.

The parking structure's former annex, which stored furniture and other equipment, has been transformed into an Engineering Design Studio. UM-Flint Facilities and Operations collaborated on the project with their colleagues in Ann Arbor. This space was completely renovated and now has work stations, tools, equipment, and a classroom. Students have access to 3-D printers, a wind tunnel, milling and lathe machines, heat and refrigerant testing areas, and more. The Flint crew installed new mechanical and electrical systems, including new boilers and air conditioning, said Tim Barden, assistant director of facilities and operations.

Four bathrooms near the theatre were renovated last year to become wheelchair accessible, said George Hakim, director of facilities and operations at UM-Flint. This included reconfiguring the plumbing and moving the fixtures to create more space. Within the theatre, all new seats and carpeting have been installed. 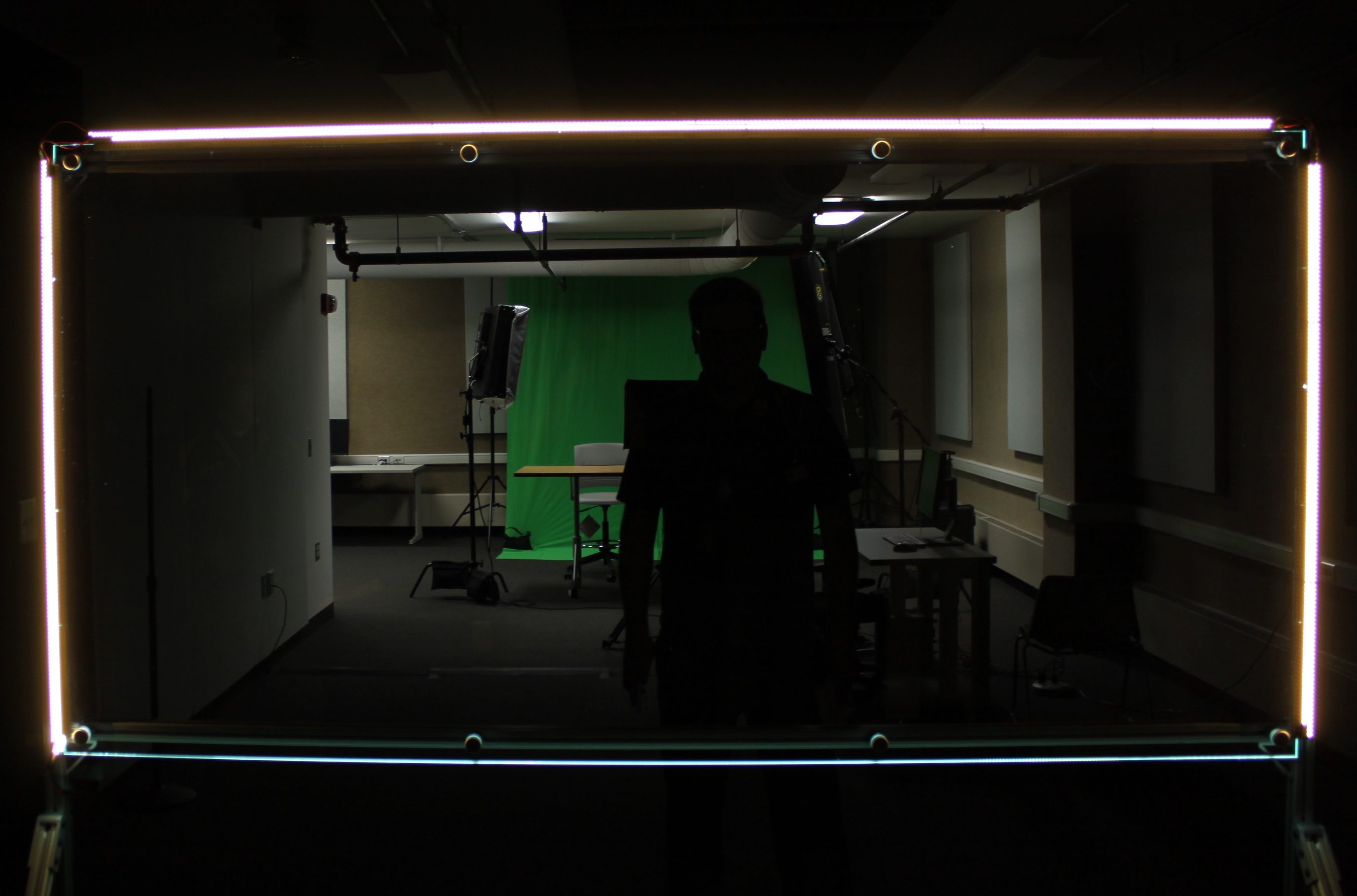 The Office of Extended Learning (OEL) has a new video production studio on the 11th floor of the Northbank Center. The project was a collaboration between OEL, Engineering, Facilities, and ITS. The space, an old men's locker room, was completely gutted and renovated. The sound-proofed studio, includes lightboard technology on one end, and a traditional video production stage on the other. It will be showcased at an open house Wednesday, September 27, from 11 a.m. to 2 p.m.

UM-Flint, in cooperation with Flint Community Schools and Mott Community College, uses the former Central High School athletic field for lacrosse, football, and soccer games. Facilities crew widened the field to make it NCAA compliant, seeded the field, leveled it, and repaired fencing in the area. 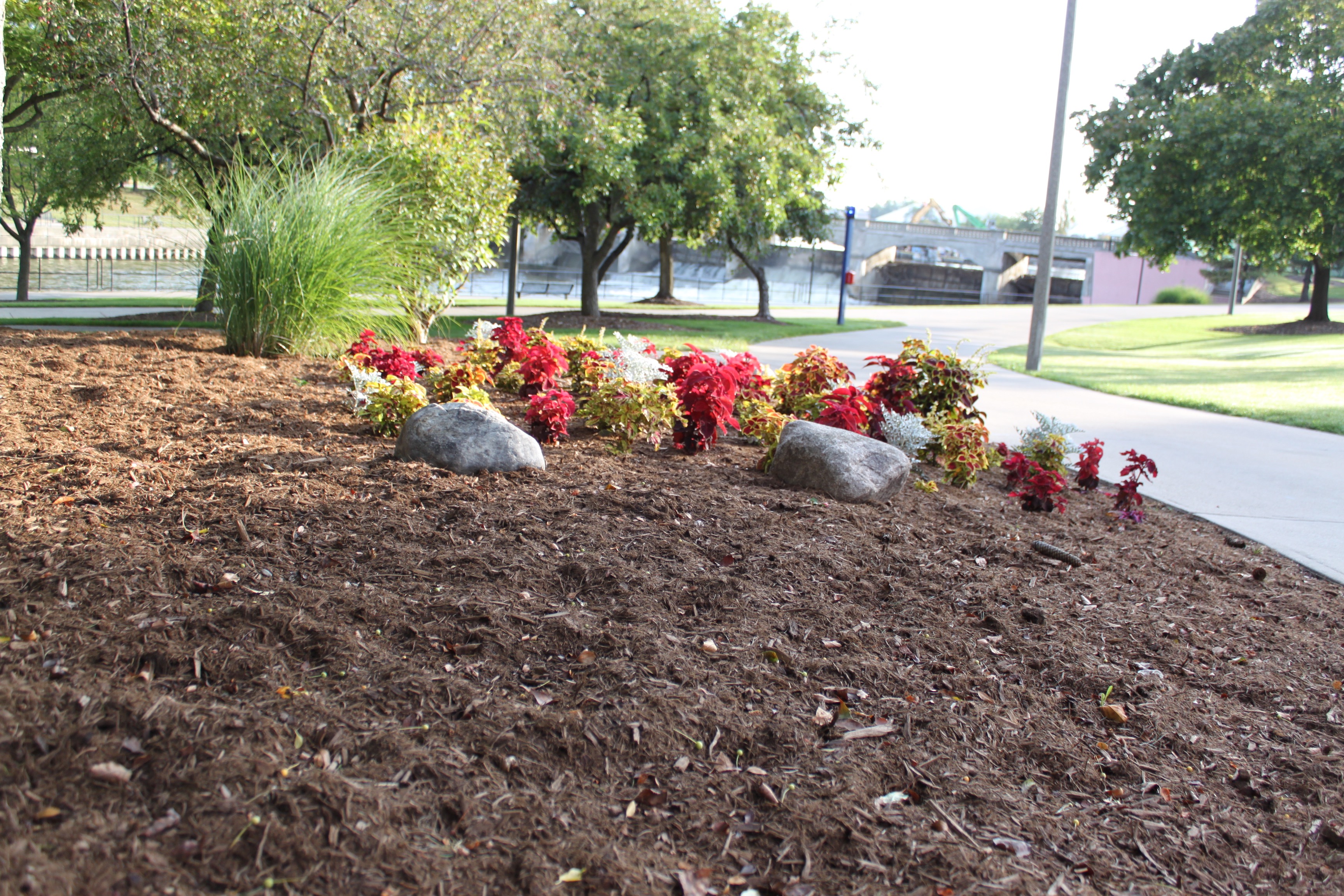 Beyond these specific areas, UM-Flint Facilities and Operations team has been busy with many other projects, including landscaping, painting, brick work, and window repairs. The crew has also been involved in the installation of a smart technology irrigation system, which only activates the sprinkler system across campus when watering is needed, reducing usage and costs.

The Consumers Energy remediation project along the Flint River progressed over the summer. Their historical Manufactured Gas Plant (MGP) operations, dating back over than 100 years, impacted riverbank soils and sediment. Phase II of the project—sediment dredging, excavation of riverbank soils, and capping—is scheduled to continue through October. UM-Flint Facilities and Operations is working as part of the collaborative Riverbank Restoration Team.

The final phase of the project, riverbank restoration, will follow and is expected to be completed in the spring of 2018. East Boulevard Drive will remain closed at Robert T. Longway Boulevard and Campus Drive for the duration of the project. Parking Lot A (next to the Recreation Center) will have reduced parking, but additional parking will remain available in the White Building parking lots Q, R & S, Mill Street Ramp, and the Pavilion Parking Deck.