Raymond Hall, a former captain with the Lansing, Michigan Police Department who has more than 26 years of law enforcement experience, has accepted the position of director of public safety for the University of Michigan-Flint. 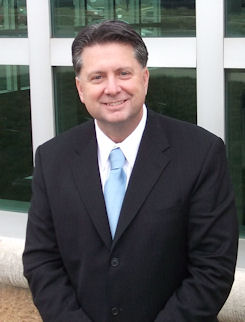 Prior to accepting the UM-Flint position, Hall was assigned to the Lansing police department's Investigation, Special Operations and Tactical Teams, and formerly held the position of North Precinct Commander. Hall was also the Incident Commander for major events including a neo-Nazi rally and numerous other large-scale protests in Lansing.

A long-standing social justice activist, Hall strongly believes in addressing social injustice, and supports the community policing philosophy. He has designed and supported anti-crime programs such as the Police Enforcement and Community Engagement (P.E.A.C.E.) initiative, which is an anti-crime/proactive-policing program that leveraged grant dollars, partnerships, and resources. The initiative included developing robust partnerships with area law enforcement, the Boys & Girls Club of Lansing, and the faith-based community in an effort to reduce crime in fragile neighborhoods.

Hall's community involvement includes serving as board member of the Police Athletic League (P.A.L.) since the early 90's. He has been a long-time board member of the Volunteers of America homeless shelter in Lansing. Hall was instrumental in working with former Lansing, Mayor David C. Hollister, in the design and implementation of the H.O.P.E. (Helping Other People Excel) Scholarship program, which awards scholarships to children of promise in the city of Lansing. He also served on the committee that recently opened the Lansing Recover/Detox Center.

Hall is married and has three children.