This year's  Frances Willson Thompson Critcal Issues Forum brings to Flint five speakers who are nationally and internationally renowned in their fields. They will challenge the status quo, and demand that we collectively shift our perspectives to find better solutions for our communities, our world, and our planet.

UM-Flint invites the community to join in the dialogue at the annual Critical Issues Forum.  You will have the opportunity to listen and speak with leading experts in the fields of environmentalism, education reform, economics, journalism, and neurology.

Stay up-to-date on the Critical Issues Forum at www.umflint.edu/cif or on Twitter by following @umflintCIF.

To help expand the audience for each speaker, a free event will be held at 10 a.m. on the date they visit campus. Information regarding these session, as well as other events related to these topics, will be released in January.

This year, the cost of forum lunches for the entire series is $135. 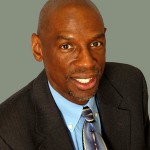 In his 20-plus years with Harlem Children's Zone, Inc., Geoffrey Canada has become nationally recognized for his pioneering work helping children and families in Harlem and as a passionate advocate for education reform. Since 1990, Mr. Canada has been the President and Chief Executive Officer for Harlem Children's Zone, which The New York Times Magazine called "one of the most ambitious social experiments of our time." In October 2005, Mr. Canada was named one of "America's Best Leaders" by U.S. News and World Report.

In 1997, the agency launched the Harlem Children's Zone Project, which targets a specific geographic area in Central Harlem with a comprehensive range of services. The Zone Project today covers 100 blocks and aims to serve over 10,000 children by 2011. The New York Times Magazine said the Zone Project "combines educational, social and medical services. It starts at birth and follows children to college. It meshes those services into an interlocking web, and then it drops that web over an entire neighborhood….The objective is to create a safety net woven so tightly that children in the neighborhood just can't slip through."

The work of Mr. Canada has become a national model and has been the subject of many profiles in the media, including the recent critically-acclaimed film, Waiting for Superman. Their work has been featured on "60 Minutes," "The Oprah Winfrey Show," "The Today Show," "Good Morning America," "Nightline," "CBS This Morning," "The Charlie Rose Show," National Public Radio's "On Point," as well in articles in The New York Times, The New York Daily News, USA Today and Newsday. 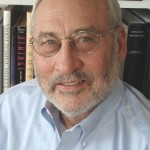 Joseph E. Stiglitz is one of the world's leading economic thinkers. A graduate of Amherst College, he received his Ph.D. from MIT in 1967, became a full professor at Yale in 1970, and in 1979 was awarded the John Bates Clark Award, given biennially by the American Economic Association to the economist under 40 who has made the most significant contribution to the field. He has taught at Princeton, Stanford, MIT and was the Drummond Professor and a fellow of All Souls College, Oxford. He is now University Professor at Columbia University in New York and Chair of Columbia University's Committee on Global Thought. He is also the co-founder and Executive Director of the Initiative for Policy Dialogue at Columbia. In 2001, he was awarded the Nobel Prize in economics for his analyses of markets with asymmetric information, and he was a lead author of the 1995 Report of the Intergovernmental Panel on Climate Change, which shared the 2007 Nobel Peace Prize.

Stiglitz was a member of the Council of Economic Advisers from 1993-95, during the Clinton administration, and served as CEA chairman from 1995-97. He then became Chief Economist and Senior Vice-President of the World Bank from 1997-2000. In 2008 he was asked by the French President Nicolas Sarkozy to chair the Commission on the Measurement of Economic Performance and Social Progress, which released its final report in September 2009. In 2009 he was appointed by the President of the United Nations General Assembly as chair of the Commission of Experts on Reform of the International Financial and Monetary System, which also released its report in September 2009.

Stiglitz helped create a new branch of economics, "The Economics of Information," exploring the consequences of information asymmetries and pioneering such pivotal concepts as adverse selection and moral hazard, which have now become standard tools not only of theorists, but of policy analysts. He has made major contributions to macro-economics and monetary theory, to development economics and trade theory, to public and corporate finance, to the theories of industrial organization and rural organization, and to the theories of welfare economics and of income and wealth distribution. His work has helped explain the circumstances in which markets do not work well, and how selective government intervention can improve their performance. 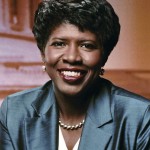 Gwen Ifill is one of the most prominent journalists of our times.  She is heralded for her high standards, as well as her ability to be exceedingly fair in an era of opinionated talking heads in the media.  Ifill is moderator and managing editor of "Washington Week" and senior correspondent for "The PBS NewsHour."  The best-selling author of "The Breakthrough: Politics and Race in the Age of Obama," (Doubleday, 2009), she also moderated the Vice Presidential debates during the Presidential elections in 2004 and 2008.

Ifill has covered six Presidential campaigns, and during the 2008 campaign season, won the George Foster Peabody Award after bringing Washington Week to live audiences around the country as part of a 10-city tour.  She joined both Washington Week and The NewsHour in 1999, interviewing newsmakers and reporting on issues ranging from foreign affairs to politics. Before coming to PBS, she was chief congressional and political correspondent for NBC News, White House correspondent for The New York Times, and a local and national political reporter for The Washington Post. She also reported for the Baltimore Evening Sun and the Boston Herald American.

A native of New York City and a graduate of Simmons College in Boston, Ifill has received more than a dozen honorary doctorates. She has also been honored for her work by the Radio and Television News Directors Association, Harvard's Joan Shorenstein Center, The National Association of Black Journalists, Boston's Ford Hall Forum, and was included in Ebony Magazine's list of 150 Most Influential African Americans. 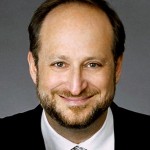 Little is known about the human brain.  But, Norman Doidge, M.D. has found through research that the brain is one of the most resilient organs in the body.  Doidge is a psychiatrist, psychoanalyst, researcher, author, essayist and poet. He is on the Research Faculty at Columbia University's Center for Psychoanalytic Training and Research, in New York, and the University of Toronto's Department of Psychiatry. In his book, The Brain That Changes Itself in 2008,  Doidge demonstrated applications of and evidence for neuroplasticity, including many case studies and examples of recent research in the field.  Doidge's research indicates that the brain is ever-changing and can be retrained, even after sustaining impairment. His book has been described as "Brilliant" by the London Times, and The New York Times has written that The Brain That Changes Itself, has "implications…not only for individual patients with neurologic disease but for all human beings, not to mention human culture, human learning and human history."

Doidge studied classics, political science and philosophy at the University of Toronto before studying for his medical degree. After moving to New York, he studied psychiatry and psychoanalysis at the Columbia University.  Doidge has written several scientific papers on subjects including Schizoid personality disorder, trauma, and Freudian psychoanalysis as well as over 170 scientific and popular articles for the New York Times, Newsweek, Time magazine and International Herald Tribune among others, and works as a reviewer for the Harvard Review of Psychiatry. 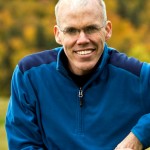 Bill McKibben is an American environmentalist and writer who frequently writes about global warming and alternative energy and advocates for more localized economies. In 2010 the Boston Globe called him "probably the nation's leading environmentalist" and Time magazine described him as "the world's best green journalist. In 2009 he led the organization of 350.org , which coordinated what Foreign Policy magazine called "the largest ever global coordinated rally of any kind," with 5,200 simultaneous demonstrations in 181 countries. The magazine named him to its inaugural list  of the 100 most important global thinkers, and MSN named him one of the dozen most influential men of 2009.

McKibben is the author of several books including The Age of Missing Information.  It is an account of an experiment: McKibben collected everything that came across the 100 channels of cable tv on the Fairfax, Virginia system (at the time among the nation's largest) for a single day. He spent a year watching the 2,400 hours of videotape, and then compared it to a day spent on the mountaintop near his home. This book has been widely used in colleges and high schools.

In late summer 2006, Bill helped lead a five-day walk across Vermont to demand action on global warming that some newspaper accounts called the largest demonstration to date in America about climate change. Beginning in January 2007 he founded stepitup07.org to demand that Congress enact curbs on carbon emissions that would cut global warming pollution 80 percent by 2050.